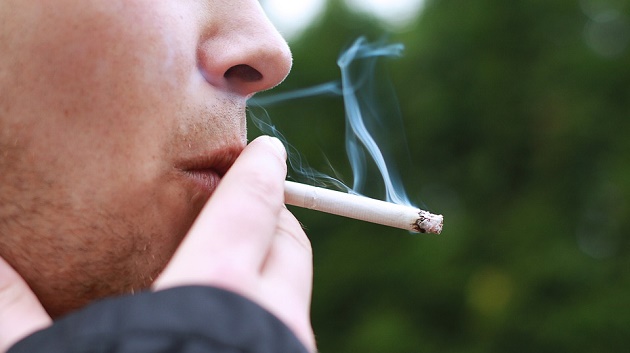 It is common knowledge by now that cigarette or tobacco smoking is extremely harmful to your health. And yet, many people still find it very hard to stop themselves from lighting up another stick. Tobacco smoking has been around for many decades and it is not just a passing trend. And because the cigarette industry takes in millions of dollars each year, it is unlikely that cigarette will be completely banned from production despite its detrimental effects to people’s physical health and to the environment. Nowadays, the youth begins to smoke at a younger and younger age each generation. The younger you start smoking, the more dangerous the effects will be to your body and health, and the more difficult it will be for you to quit. To protect yourself, the future generations, and the environment from the dangers of cigarette smoking, it would be better to quit now. Of course, quitting is easier said than done but here are five reasons why you should quit smoking to further convince you that it’s better to put the cigarette down for good.

There is nothing you can regularly do to your body that is as harmful as smoking. In fact, half of all smokers will most likely die of a smoking-related disease. Apart from lung disease, smoking can cause cardiovascular problems and is linked to 15 forms of cancer. In average, male smokers lose 13.2 years of their life while female smokers lose 14.5. No matter how old you are, it’s never too late to quit smoking. In fact, people who quit at the age of 50 cuts their odds of dying during the next 15 years in half. The sooner you quit, the longer your life span will be.

You may not notice it since a single stick of cigarette doesn’t seem to take much out of your wallet, but the total amount you spend on cigarettes each year takes a huge load of money. Moreover, taxes will still most likely go up. This is because many states depend largely on smokers for revenue but the medical costs of smoking can be a huge burden to the state. So increasing the price cause smokers to reduce consumption without cutting the revenue they earn. Once you do quit smoking, you’ll be amazed at how much money you can save.

Smoking fogs the mind. The longer you smoke, the higher your risk is for developing memory problems and the lesser your reasoning abilities will become. These risks are reduced for those who quit at a younger age. Elderly smokers are also faced with the heightened risk of dementia and cognitive decline compared to lifelong non-smokers. Thus, to keep your head clear and your reasoning ability straight, quit smoking.

Smokers are four times more likely not to feel well-rested after a night’s sleep. If you’ve been having problems sleeping, it’s probably because of your smoking habit. Unfortunately, nicotine withdrawal, which you’ll experience when you quit smoking, further contributes to sleep disturbances. However, it will only be in the beginning. Once your body gets used to the lack of nicotine, the better your sleep will become.

5. Protect your family and friends

When you smoke, you’re not only harming yourself, you’re also harming everyone around you. Secondhand smoke can still cause as much damage as firsthand smoke especially if the person lives with the smoker and especially towards children. After all, secondhand smoke still contains all the carcinogens that you’ve inhaled into your lungs. Children who live with smokers will most likely develop lung and breathing problems, and suffer colds, ear infections, and bronchitis more often compared to children who live in smoke-free homes. Moreover, pregnant women exposed to secondhand smoke have a higher risk of stillbirth compared to pregnant women who are not in close contact with smokers.