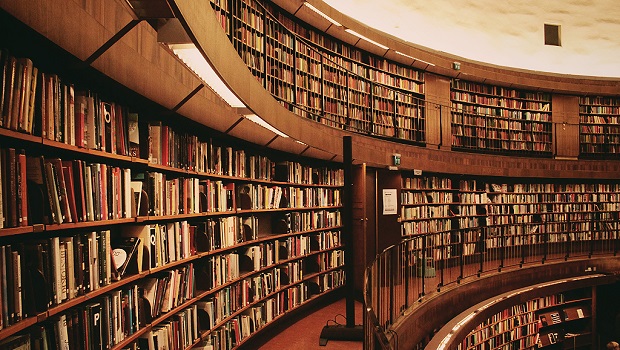 While bookstores may be a good place for any bibliophile to get trapped into for a day or even for eternity, perhaps the best thing that would beat it is a library. And not just any library at that, but a big and beautiful one that houses more than one could ever imagine. That would be heaven on earth for any bookworm.

Aside from being a physical repository of important pieces of literature, academic writings and historical manuscripts, a library also serves to inspire its readers. From vaulted ceilings to marble staircases, a library could be a gem in itself even without its content because of its architecture.

And while some may question the relevance of these structures in today’s digital age, there is no doubt that the answer is in the affirmative. Many libraries have evolved from just storing printed literature to all kinds of media to keep up with the changing times while remaining to be one of the community’s valued cultural structures. 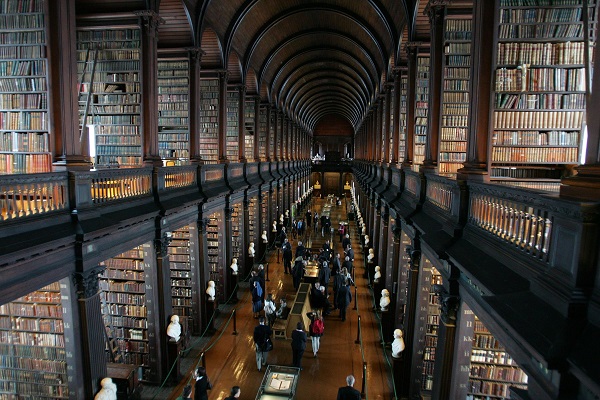 This building is the academic library of both Trinity College and University of Dublin. It was constructed at the same time Trinity College was built in 1592. It is also the largest library in the whole of Ireland with an estimated more than 6,000,000 books under its care. The Trinity College Library is the home of the Book of Kells, an illuminated manuscript of the four Gospels in the New Testament, made by Celtic monks in the year 800 A.D.

The Library of El Escorial 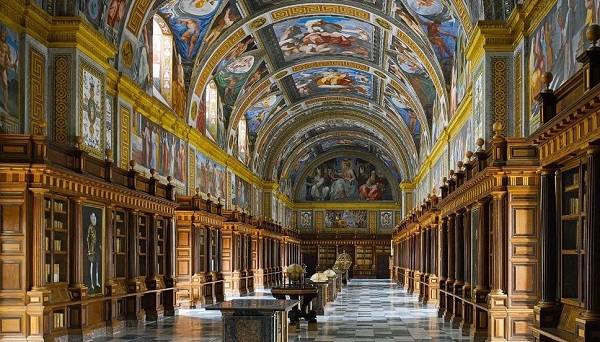 This library is found at the historical residence of the King of Spain officially called the Royal Site of San Lorenzo de El Escorial. King Philip II donated his personal collection of volumes and manuscripts to the library and took the task of adding more works by Spanish authors to its shelves. It is known for its vaulted ceilings with frescoes made by Pellegrino Tibaldo, who painted it with a representation of the liberal arts: music, grammar, arithmetic, rhetoric, dialectic, astronomy and geometry. It currently houses 40,000 volumes including illuminated manuscripts of the Ottonian Golden Gospels of Henry III written in 1045-46. 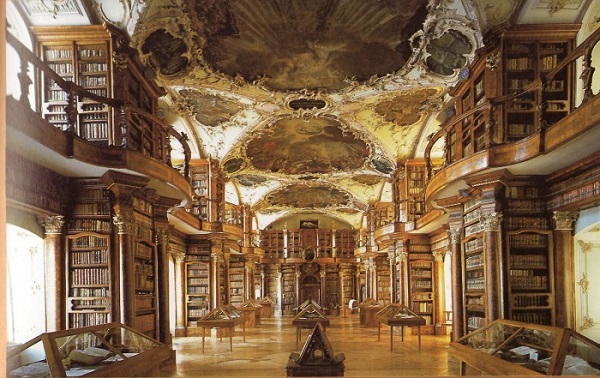 Saint Othmar, who started the Abbey of St. Gallen during the 8th century, was the man behind this oldest library in Switzerland. Not only is it the oldest in the country but it is also one of the earliest monastic libraries in the whole world. Around 160,000 volumes of books and manuscripts are house in this structure, with some dating as far back as the 8th century until the 15th century. The second manuscript of NIbelungenlied, an epic poem in Middle High Germand from the pre-Christian period is kept in the Abbey Library.

This structure in a monastery in Lima is one of the oldest libraries found in the continent. It contains around 25,000 antique manuscripts including a 16th century edition of the Holy Bible printed in Antwerp and the first ever Spanish dictionary made by the Royal Spanish Academy.

The Library of Congress 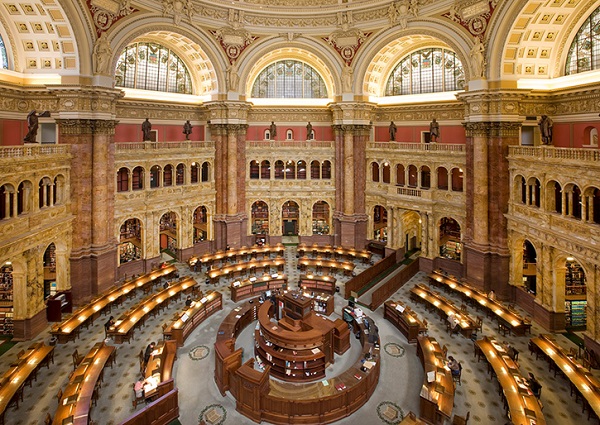 While it is known as the official library of the United States Congress, this architecture also serves as the country’s national library. Located in Washington D.C., this library is not the world’s largest library since 1990, and rightly so as it houses the most number of volumes and shelf space. An estimated 158, 007, 115 volumes, manuscripts, texts, reports, newspapers, collection and digital media are housed in this amazing structure made of three buildings.

The Library of the History of Human Imagination 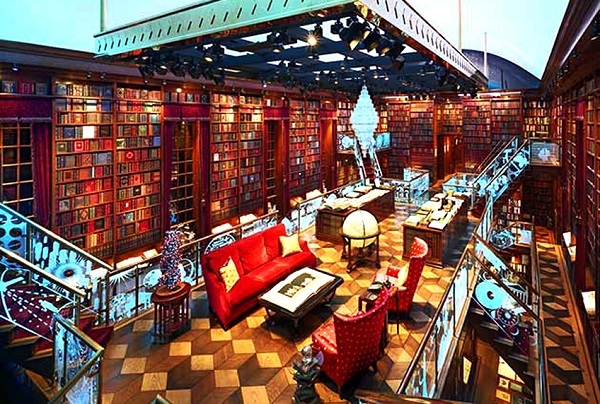 This structure is unique among the list in the sense that it is a privately owned library. Located at a wing of the Connecticut home of Priceline’s Jay Walker, this structure was completed in 2002 and took two decades for Walker to fill up with volumes. Among the rarities found in this library are a 1957 Russian Sputnik, a back-up made by USSR for the world’s first ever space satellite and a volume bund by rubies. 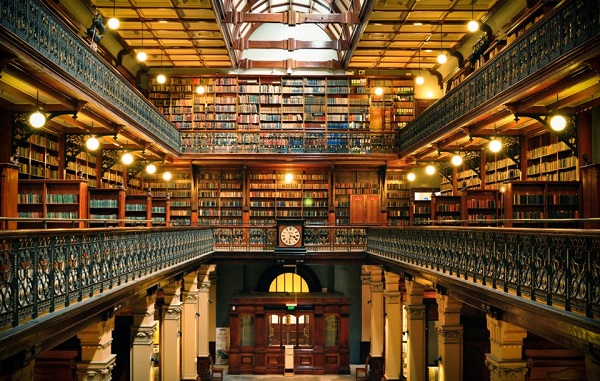 Built on North Terrace, Adelaide, the official library of South Australia houses the largest collection of volumes and manuscripts that date to pre-European Australia. It started in 1884 with just the Mortlock Wing, containing 23,000 volumes. It has since expanded to add two more buildings for its growing number of collection.