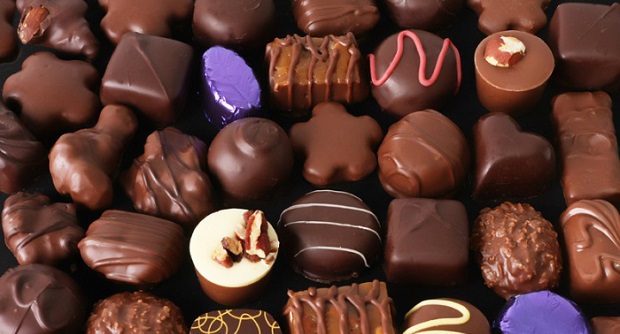 Chocolate is probably the last thing in your mind when it comes to superfoods but surprisingly, they do belong in that list. Based on several studies, dark chocolate isn’t just a cure for the broken hearted, but it can also have surprising health benefits too.

What makes chocolate pack a powerful punch is the cacao in it which is also the source of that unique taste. Also, cacao beans are known to contain chemicals that are good for you such as theobromine and flavonoids which help in warding off certain diseases. The only problem, however, is that cacao tastes bitter on its own hence the addition of butter, sugar, and milk. Although these ingredients do give chocolate a sweeter taste, they won’t do your health any good. This is why, if you’re going to indulge in chocolate, you should go for those that contain 70% cacao and limit your consumption to 4 bars per week.

So what makes eating chocolate good for you?

2. Chocolate can help you lose weight.
Surprise, surprise! Dark chocolate is found to be useful to those who want to reduce weight because it helps you feel fuller compared to eating lighter colored chocolates. However, don’t forget to exercise too to get the most out of your weight loss regimen.

3. Chocolate can fight diabetes.
An Italian study that was conducted in 2005 showed that those who regularly consumed chocolate increase their sensitivity to insulin which helps reduce your risk from suffering from diabetes.

4. Chocolate as skin protector.
You’ve probably heard that eating chocolates can wreak havoc on your skin but this isn’t always true. As a matter of fact, dark chocolate can help protect your skin against the harsh rays of the sun due to the antioxidant flavonoids. However, this doesn’t mean that you’re going to ditch sunscreen altogether.

5. Chocolate can lower your stress levels.
Most people turn to chocolate when they’re feeling down in the dumps and although many say that this will only add pounds to your frame, there is actually something good to be gained from this. According to a Swiss study, those who ate an ounce of dark chocolate daily for two weeks have reduced their stress levels significantly. So instead of digging into a pint of ice cream, go for dark chocolates instead.

6. Chocolate can deal with coughs.
It’s annoying when you have a sudden fit of coughs but what’s good though is that dark chocolate seems to do the trick in quieting your cough. Studies show that this is due to the theobromine ingredient in chocolate which minimizes that activity in your vagus nerve which is the one responsible for triggering that difficult cough. Back in 2010, BBC has also reported that several scientists are looking into creating an anti-cough medicine with theobromine instead of codeine which is known to have some side effects.

7. Chocolate can boost intelligence.
The next time you feel pressured with your work load or project, help yourself to a bar of dark chocolate. This will help minimize your stress levels while at the same time increase your brain’s power just when you need it. Studies show that drinking cocoa that has high levels of flavanols increases blood flow to specific areas of the brain thus making you more alert.

8. Chocolate can help lighten your mood.
Having a bad day? Why not eat some dark chocolate? Dark chocolate is believed to improve one’s mood because, aside from satisfying your sweet tooth, it can also reduce your stress levels significantly.

9. Chocolate can boost blood flow.
The main ingredient in chocolates, which is cocoa or cacao, contains blood thinning and anti-clotting properties which are the same as aspirin. This means that eating dark chocolate can help improve your blood’s circulation and flow which aid in minimizing heart problems such as stroke.

These are just a few examples of what dark chocolate can do for you. Who said that eating chocolate is bad for your health?