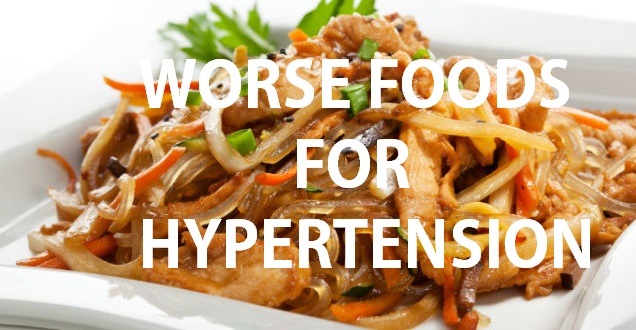 The Centers for Disease Control and Prevention estimates that about 70 million American adults have hypertension, only 52% of which have it under control. It has been identified as the primary cause or contributing factor in more than 360,000 deaths in the United States in 2013. That is nearly 1,000 deaths attributed to hypertension each day.

Controlling hypertension with a blood pressure reading of or less than 140/90 mm Hg has been identified as key to lowering the risk for cardiovascular disease. Taking your medication if you already have hypertension and avoiding the following foods should help keep your blood pressure in check.

More than salt, added sugars are thought to play a major role in developing hypertension and cardiovascular disease. According to a recent study published in the journal Open Heart, people who have a daily intake of more than 75g of high fructose corn syrup have a 30% higher risk of developing high blood pressure. HFCS is the most common sweetener used in process foods, particularly in fruit-flavored drinks and sodas. The researchers also added that sugar, in general, “may contribute to overall cardiovascular risk through a variety of mechanisms.

A heart healthy choice is seltzer water mixed with a squeeze of lemon or a dash of fruit juice. With this you’ll get the same fizz minus the unwanted added sugars.

A lot of the blood pressure-boosting sodium in our diet comes from prepackaged foods like deli and processed meats. Bacon, sausage, ham, baloney, hotdog and other processed meat products are cured, seasoned, and preserved with salt. The American Heart Association recommends limiting sodium intake to 1500mg per day for people with hypertension. A 2-ounce serving of ham can have as much as 730mg of sodium. Add bread, a slice of cheese, mustard, mayonnaise and pickles and you’ve nearly met your limit. And that’s just for breakfast.

Opt for sodium-free meat choices like turkey or chicken breasts and lean meat. Enhance their flavor by adding herbs and spices or cooking them in salt-free herb-infused butter.

All types of pizza, in general, can be bad for anyone watching their sodium intake. The combination of bread, cheese, tomato sauce and pepperoni and other cured meats can quickly ramp up your sodium intake. On top of this already hefty sum, manufacturers add more salt and other food additives in frozen pizzas to maintain the flavor once it’s cooked. One-fourth of a frozen pizza can contain as much as 500mg. The thicker the crust and the more toppings you have, the higher its sodium value will climb.

If you must have pizza, go for the thin crust, choose the one with less cheese and choose vegetable over meat toppings.

You can halve the sodium by ordering your sauce on the side and then using it sparingly.

Frozen breads and canned biscuits
Trans fats are heart unhealthy fats because they raise your bad cholesterol (LDL) levels and lower your good cholesterol (HDL) levels. High LDL levels have been associated with increased risk for hypertension and heart disease. While many restaurants and food manufacturers have gone trans-fat free, one category that’s hard to avoid trans-fat are frozen biscuits and bread rolls.

Serve your meal with a dinner roll or with multigrain bread. Be sure to check for its sodium content though. Bread is one of the leading sources of sodium in our diets.

Pickling is a food preservation technique that typically involves soaking food in a salt brine to encourage fermentation and thus, delaying decay and making them edible longer. However, pickling can make even the most harmless vegetables like cucumber turn into a sodium sponge. A whole dill pickle spear can contain as much as 306mg of sodium, while an ounce of green olives can contain as much as 441mg.

Look for low-sodium alternatives of your favorite pickled food. If not, you can try rinsing the vegetables first before adding them in a dish to wash away some of the sodium it has absorbed. 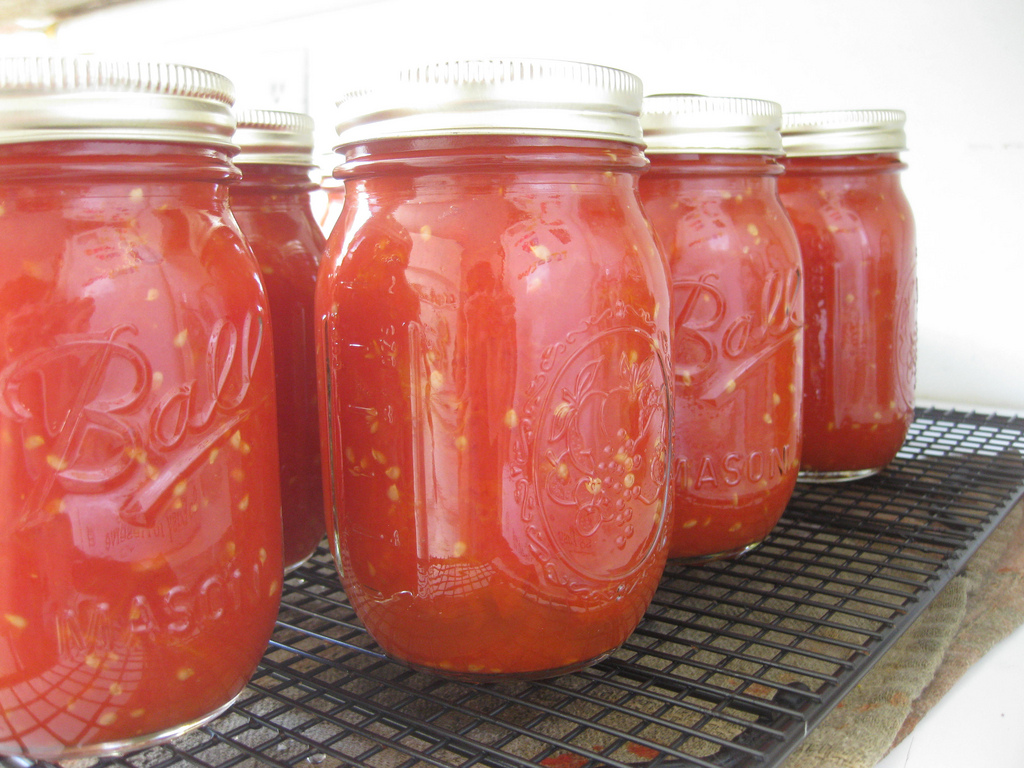 Look for the low-sodium alternatives when purchasing for these products. Otherwise, you can try making your own pasta sauce by using fresh tomatoes and adding fresh herbs and spices.

In addition, alcohol contains calories which can lead to unwanted weight gain. People who are overweight or obese are more likely to develop hypertension. Alcohol can also interfere with the effectivity of some hypertensive drugs.

If you’re concerned about your blood pressure, ask your doctor if you should cut back or stop drinking coffee and caffeinated drinks. Or you can try to limit your coffee consumption to just two 12-ounce cups per day.