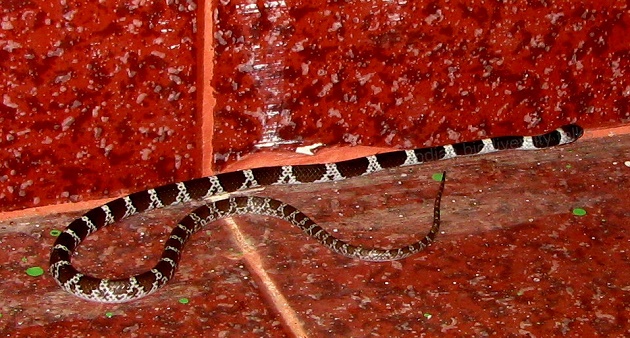 Moving to a new house is often exciting. It feels like an adventure that you eventually get used to. For these particular homeowners however, moving was more of an unfortunate event than an adventure. If you don’t choose the homes you’ll live in carefully, you might end up like some of these homeowners: traumatized, broke from repairs and renovations, or on the hunt for yet another house to move in. If you’re wondering why, here are five creepy things that were found by new homeowners.

Snakes are not really an unusual find in the small town of Idaho. It would also not be that surprising if houses which have not been used for some time would garner some snakes in the property. Unfortunately for the couple Ben and Amber Sessions, they did not only find a couple of snakes. They were finding 40-50 snakes per day and had to carry them off the property in buckets.

After snakes went tumbling out of the walls when they removed the drywall, and after finding out that they’ve been drinking and bathing in water full of snake feces, the Sessionses decided to flee what the locals had come to refer as “The Snake House.”

After purchasing your new home, the last thing you’d probably expect to find is the dried up corpse of the previous homeowner in the living room. Well, that’s exactly what happened when Jorge Giro stepped into his new house in Roses, Spain.

He made a good deal with the house since it was a foreclosure after the previous owner mysteriously disappeared a few years back. It turns out, nobody just bothered to look for her. Even after seizing the house due to failure of paying the mortgage, nobody checked the house or did a basic walk-through before selling it at the auction. The previous owner apparently stopped paying the mortgage six years ago and since the house was exposed to salty sea air from the coast, her body was mummified.

Finding a child’s skull after plunging a shovel into the floor of your basement is one thing, but finding out that your house is resting on top of multiple corpses and possibly restless spirits is another.

When Helen Weisensel decided to remodel her house, she first found the bones of a child before discovering that her entire house was built on top of an old burial ground, one of the earliest in Wisconsin’s Jefferson County in fact, making it about 170 years old. She still ended up repairing her home’s foundation, though not without the consent of the State Historical Society, and she’s still living on top of corpses.

A hidden room is often exciting for new homeowners, but not when it can put your family in danger. How? That’s what Jason and Kerri Brown found out after discovering the hidden room and finding a note saying, “YOU FOUND IT!”

Apparently, the previous homeowner discovered that the house was badly contaminated with black mold that it made one of his children so sick. He had little money so he couldn’t take matters to court and simply moved out. He left the note to warn the new homeowners and the Browns did, in fact, sue the broker who sold them the house.

One hot summer day, Debbie Hill found her new home’s walls “bleeding” some form of viscous, sticky, amber liquid. After deciding to give it a taste, she found out that it was honey.

She knew before buying the house that the previous homeowner had to get rid of a huge beehive in the walls. As it turns out, without the bees’ wings acting as fans to cool the hive and the honey, the honey started oozing out during that particularly hot summer day. Since honey was good bait for pests, she had to rebuild the walls of her new home entirely.