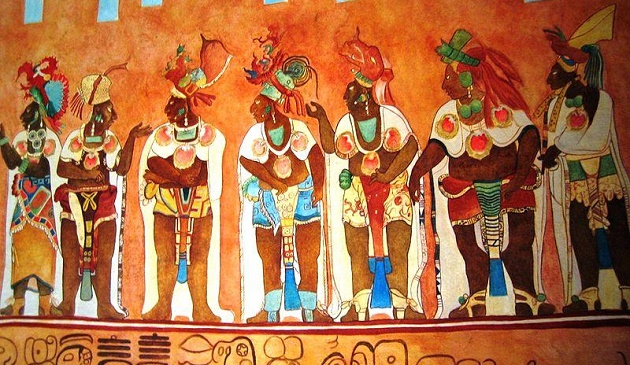 Without a doubt, the Maya civilization was one of the most dominant ancient societies of Mesoamerica. The Mayans are well-known for having a fully developed written language of the pre-Columbian Americas but that is not the only reason why their culture have been a subject of thorough study for years. Apart from hieroglyph writing, Mayans also excelled in art, architecture, agriculture, pottery, calendar-making, astronomy, and mathematics. Indeed, the Maya civilization is one of the most unique and most advanced ancient cultures there is. According to studies, the Mayan civilization was centered in one geographical block that spans the entire Yucatan Peninsula and modern day Guatemala, Belize, Chiapas, and Tabasco in modern day Mexico.

Today, many misconceptions about the Mayan culture have surfaced. To know the truth behind their culture, here are five interesting facts about the Maya civilization.

There are actually numerous Mayans, over seven million in fact, still living in their home regions today. Many of them were able to preserve and continue on substantial remnants of their ancient cultural heritage. Some have integrated the modern cultures of the nation in which they reside to their lifestyle while others carry on a traditional culturally distinct life. In fact, some still use the Mayan language as a primary language. You’ll find the largest populations of Mayans inhabiting the Mexican states of Quintana Roo, Tabasco, Yucatan, Campeche, and Chiapas; Belize and Guatemala in Central America; and in the western portions of Honduras and El Salvador.

2. They enhanced their children’s features

Mayans were known to alter the physical characteristics of their children. One such example, commonly found among the upper class, is when they pressed boards on the foreheads of children starting at a very young age in order to achieve a flattened feature. Another practice involves crossing the children’s eyes by dangling an object in between the eyes of newborns until their eyes become permanently crossed. Another fun fact is that Mayan children are actually named according to the day they were born.

Every day of the year had a specific name for both boys and girls to which newborns are named after.

3. The Mayan drink of the Gods

There is a well-known drink among the Mayans known as the báalché which is made from a mixture of fermented honey and balché tree (Lonchocarpus violaceus) bark. The drink is made by filling a hollow log or canoe with honey, water, and pieces of the tree bark and roots. The mixture then begins to ferment almost immediately, making the unprocessed form highly intoxicating.

The Mayans would drink it during rituals with the belief that it would grant god-like powers. The Spaniards attempted to ban the drink since they were trying to convert the Mayans into Christians but the ban was lifted when the Mayans claimed that báalché had significant health benefits and its ban led to the death of many Mayans.

The Mayan calendar is the first known attempt of humans to count days and to keep a historical record. The calendars were carved into stone monuments and began at a mythological starting point. The length of the calendars ranged from 13 days to the ‘Long Count’ calendar that ceased on December 21, 2012—causing many people to believe this was the end of the world. The fact that the Mayans were able to create such a calendar proved their impressive and advanced grasp of mathematics and astronomy.

Medicine was an extremely important practice in the Mayan culture and was only practiced by a select few who were given an excellent education. These medical practitioners were called shamans and they acted as a medium between the physical and spiritual world. After all, health and medicine for the Mayans was a complex of body, mind, religion, and science. Mayan shamans were known to reduce fractures, suture wounds with human hair, and even perform dental surgeries, making prostheses from jade and turquoise and filling teeth with iron pyrite.