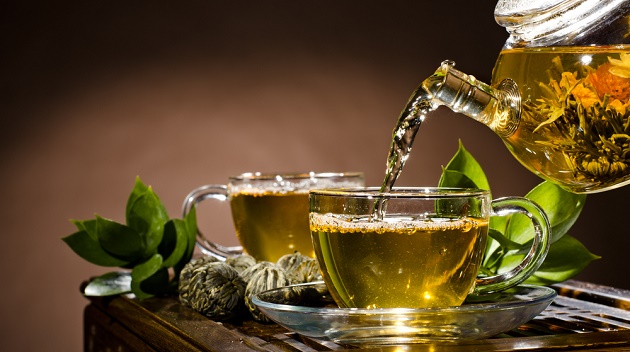 Throughout the years, green tea has become increasingly famous for being beneficial to a person’s health. Aside from being an antioxidant, green tea is rich in nutrients that are believed to help in taming, treating, or preventing a myriad of illnesses. Most of the benefits from this medicinal drink are believed to stem from its catechin content. Catechin is the antioxidant in green tea. Many health-goers nowadays swear by green tea to accommodate their daily antioxidant needs. It is even highly suggested to replace your morning cup of coffee with green tea. If you’re wondering what’s making this drink so famous, here are five reasons why you should drink green tea.

Unlike other natural, plant-based drinks, most of the nutrients in green tea leaves do make it in the final drink. The main reason why green tea is extremely beneficial to a person’s health is because of its various antioxidant substances. Aside from catechin, green tea also has polyphenols and flavonoids which are still powerful antioxidants.

Green tea was found to work efficiently as an anti-allergenic due to its various nutritional contents. A specific compound known as epigallocatechin gallate (EGCG) is believed to be the most potent in warding off allergies. Tea polyphenol was also found to exhibit a strong anti-allergenic response against pollen allergies by blocking the key receptor in allergic responses known as the IgE receptor. Moreover, a naturally occurring flavonol in green tea known as quercetin was found to alleviate histamine responses to keep allergies under control. So on the next season that your allergies are at its peak, drink some green tea.

Perhaps the biggest weight-loss mistake that many people do is that they unwisely limit or altogether stop eating when in fact, they should just work on speeding up their metabolism. Green tea is a great aid for people trying to lose weight since it increases metabolism by intensifying fat oxidation levels and by increasing the rate at which your body turns food into calories. Green tea can do this by the action of its polyphenol content.

Just like coffee, green tea has caffeine. Caffeine is a well-known stimulant that can effectively improve focus and concentration. Caffeine does this by blocking the inhibitory neurotransmitter known as adenosine. This is also why you feel a jolt of energy after consuming caffeine. However, unlike coffee, tea does not have the jittery effects that caffeine in coffee can bring about. Caffeine can also improve your mood, vigilance, reaction time, and memory—or generally, improve brain function. Thus, green tea is a good companion while studying and a great source of energy in the morning. Consider completely replacing your coffee with green tea.

Type 2 diabetes is one of the most common health concerns in adults above 40 years old. Diabetes is caused by the inability of the body to lower elevated blood sugar levels because of improper insulin production or insulin resistance. You can prevent the development of diabetes or regulate it by drinking green tea. This is because green tea regulates the blood glucose levels which most especially rise after eating. Green tea can slow down this increase thereby preventing insulin spikes. Green tea can also improve insulin sensitivity. Study shows that people who drank green tea were 42% less likely to develop type 2 diabetes.