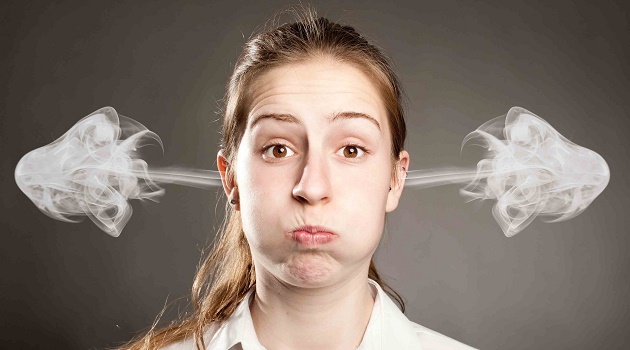 Stress is a part of every person’s life. Whether you’re still studying, working, or unemployed, stress have surely come your way more than a couple of times. Stress is the body’s natural response to daily obstacles and challenges even those as simple as traffic. It can be a positive force that can motivate you and boost your performance, or it can be a negative force that could become chronic and have a toll on your overall health and wellbeing. Even short-lived negative stress can have a negative impact on you. You may not even realize it once stress starts affecting your health and behaviour, and instead blame it to some kind of illness. After all, it’s difficult to fathom that your frequent insomnia or headache or decreased productivity is an effect of stress. Here is how stress affects your body.

Stress is the product of millions of years of evolution. It is the response also known as the fight or flight response which triggers your brain to prepare your body for action. Your brain does this by sending chemical and electrical signals to your body, particularly to the adrenals, to release certain hormones such as cortisol. Cortisol raises your blood pressure and blood glucose so your body is prepared to, say, outrun a predator. However, nowadays that the threat that triggers stress is different, the side effects of the fight or flight response is sustained, causing damage to your body over time.

The bad mood of stressed people is very noticeable. They are easily irritated and become anxious over little things. This is because of the toll of sustained stress on the body. Once the perceived danger is gone, your central nervous system instructs your body systems to go back to normal. However, if the stressor doesn’t go away, as is the case in chronic stress, your CNS fails to return to normal and various symptoms occur. This includes irritability, anxiety, depression, frequent headaches, and insomnia.

There is such a thing known as stress-eating which involves feelings of cravings and inability to feel satiety. The hormone released during the fight or flight response known as cortisol was found to be the key player in triggering these cravings for sugar and fat. Cortisol binds to certain receptors in the brain that control food intake and people with higher body mass index are more susceptible to such cravings.

As an effect of the fight or flight response, your heart pumps faster and your blood vessels constrict, raising your blood pressure, so that oxygen gets distributed faster throughout your body for more strength and energy to counter any danger. In an effort to replenish all the oxygen that is quickly getting depleted, you start to breathe faster which is not good for people with pre-existing respiratory problems such as asthma or emphysema. In other words, stress can make it harder to breathe.

5. Poor memory and lack of focus

Excessive amount of cortisol, a stress hormone, can hamper your brain’s activity like forming new memories. It also interferes with the chemicals known as neurotransmitters that neurons in the brain use to communicate with each other. As a result, it becomes harder to think straight and to retrieve memories. These are the effects of sustained stress on the body. However, immediate stress can actually give you more focus as it is required in the fight or flight response.

During the stress or fight or flight response, your muscles tense up to protect themselves from injury and to prepare for action. However, if you’re under constant stress, your muscles don’t get a chance to relax. As a result, you experience headaches, neck, shoulder, and back pains, as well as various aches throughout your body. This may lead you to turn to pain medications, triggering an unhealthy cycle.