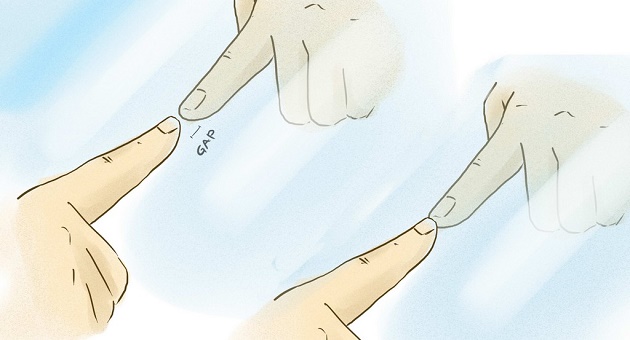 What many people don’t know is that surveillance means, especially two-way mirrors and security cameras, are hidden in most public establishments all over the world including department stores, hotels, bars, and restaurants. In fact, in United States, there are only 13 states out of 50 that are bound by law to not allow the use of hidden surveillance cameras or two-way mirrors in places as private as bathrooms, hotel rooms, and dressing rooms. These states include Alabama, Arkansas, California, Delaware, Georgia, Hawaii, Kansas, Maine, Michigan, Minnesota, New Hampshire, South Dakota, and Utah. If your state is not included or if your country is not bound by such laws, then here are some ways you can tell if there are hidden surveillance means in the next private place you visit.

How To Check For Two-Way Mirrors

1. Examine the mirror. The first and foremost precaution you should do when you’re in a private place with a mirror is to examine it. Check how the mirror was installed. Was it hung on the wall, adhered to the wall, or embedded on the wall itself? Two-way mirrors are often installed flush with the wall.

3. Peer through it. If it is a two-way mirror, it’s possible for you to see through the other side if you try to peer through the glass. Press your face to the mirror and try to block out as much light as possible by cupping your hands around your eyes. You should be able to catch a glimpse if there is a room on the other side.

4. Use a light. Shine some light on the mirror using a flashlight or the flashlight from your phone. Place it very close to the mirror. Turn off the lights from where you are if possible so that only your flashlight is shining. The room on the other side will most likely be illuminated and seen if you do this and if it is a two-way mirror.

5. Fingernail test. Out of all the possible ways to test a two-way mirror, the fingernail test is the most inaccurate. However, it can still provide some insight. Everyday mirrors are often second surface mirrors, meaning there’s a second layer of glass. Thus, if you press your finger against a second surface mirror, you’ll see that your finger doesn’t touch its reflection. If your finger can touch its reflection, then the mirror could be two-way.

However, the mirror quality and material plays an effect so whether your finger touches its reflection or not could only be due to the mirror itself and not to the possibility of it being two-way.

How To Check For Hidden Surveillance Cameras

1. Use an app. There are actually apps available for Apple and Android phones which can detect hidden cameras.

3. Check for blinking lights. Security cameras are equipped with indicator lights which are often colored red or green. Try to find any mysterious blinking lights as it may be the camera’s indicator lights. This would be easier done if you turn off the lights around you. If you find a green or red blinking light, it could possibly be from a security camera.
No one wants anyone to intrude on their privacy. Even if there is a good reason behind putting surveillance means in establishments, it would be a step too far if it’s placed even in the private places. Thus, it’s better to be informed about identifying hidden surveillance means rather than having your privacy jeopardized.