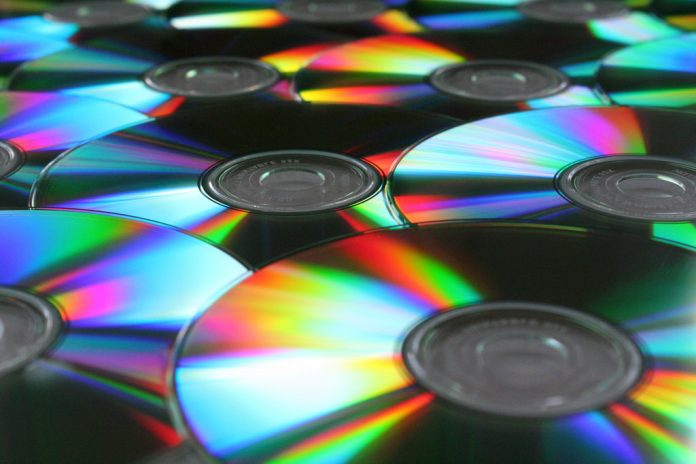 Old CDs and DVDs that no longer function are such a waste to throw out, especially if you consider that they can still be used for something else or turned into something new. One of the best ways you can make use of old CDs and DVDs is by using them to make mosaic projects. You can use mosaic from CDs and DVDs to decorate your table, or guitar, or birdbath or as a backsplash in your kitchen. Truly, there is an endless way you can reap the benefits of knowing how to create mosaic out of old discs. Although there is no one way to do it and it mostly depends on what you’re decorating with mosaic, the main concept is basically the same. Here’s how to make mosaic projects out of old CDs and DVDs.

Any old CD or DVD will work but if you’re making the mosaic project for something special, you might want to consider which disc you use. The back of DVDs, the part that will be used, are more colourful than CDs so you might want to use DVDs alone.

You might also want to use discs that are less scratched, but those details will not be that obvious in the end product unless you look for them.

You don’t have to worry about the shape or size of the pieces you cut. Separate the smaller pieces from the larger ones so you can use it to fill the gaps later on.

The shiny, colourful stuff from the discs will wash off if you don’t protect it with something first. Place the pieces on top of a cardboard, colourful-side up, and spray them with a clear finish to keep it shiny and colourful for longer.

Step 4. Glue on the pieces

Make sure you’re working on a fairly flat surface. You can use a sandpaper to smoothen out wooden surfaces or you can use epoxy putty to fill in gaps on cemented, hard surfaces. Finish off the latter with a sander.

Glue the mosaic pieces on the surface using an all-purpose sealant that won’t come off even when wet. This is the most tedious part of the process and may take weeks, depending on how big the surface you’re working on is. Start gluing on one side then work towards the other end.

Fill the gaps in between the mosaic disc tiles with any brand of grout you want. Spread the grout all over the tiles until the spaces in between have been filled up to a height similar to that of the tiles. This way, the edges of the mosaic tiles won’t get caught on anything. Make sure you follow the manufacturer’s instructions in grouting.

After applying the grout, carefully wipe the excess off with a damp rag. You should be left with the shiny, mosaic tile that reflects with different colours as the light bounces off of it.