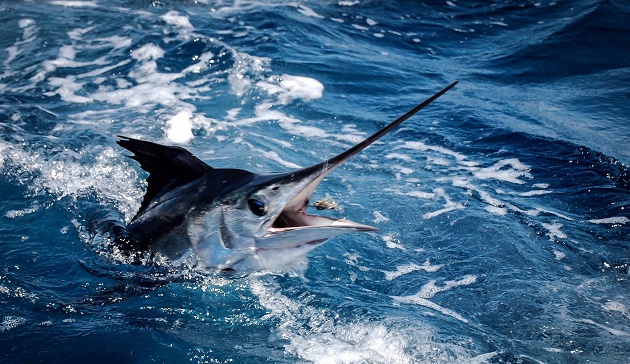 Unfortunately, nearly all fish and shellfish have mercury traces in them, thanks to natural and man-made sources. In many cases, this should be no cause for alarm, as the levels of mercury in fish are at trace levels that are too low to affect our health. However, some species, or some fish that come from particular areas, have very high traces of mercury in their system, in the form of methylmercury, an organic form of the heavy metal. At this point, the amount of seafood eaten, combined with the relative levels of mercury, can cause mercury poisoning in adults, and irreparable damage to children who are still in the womb.

What do you avoid?

Here are some pointers on what fish to avoid.

1) Avoid eating king mackerel, shark, swordfish, and tilefish, as these are known to contain high levels of mercury.

2) You can eat up to 12 ounces of other kinds of fish that are known to be low in mercury. That’s equal to two average meals every week. Catfish, canned light tuna, pollock, and shrimp are popular food choices that are low in mercury.

However, albacore tuna (White tuna) is also known to have higher mercury levels, so it’s a good idea to eat only one average meal a week for albacore tuna.

Other fish that are low in mercury include herring, sardines, sole, tilapia, and wild salmon. For shellfish, you should consider clams and oysters.

3) Local mercury levels vary from place to place. It’s a good idea to keep updated on local fishing advisories, particularly if your place has a local fishing industry. Do find out which fish are on the high-mercury list, and avoid them until they are taken off it. This, of course, applies specifically to fish caught in local waters.

4) Do remember that you will have to serve smaller portions to young children, but follow the general directions as described above. Perhaps for young children, you should serve only the equivalent of one average adult meal a week, as two servings for them.

5) The larger and more predatory the fish is, the higher the mercury levels. This is the reason why fish like marlin and swordfish have such high levels of mercury. They literally ingest it along with the smaller fish they eat. This makes the mercury concentrate higher up in the food chain – and this can lead, eventually, to us.

In the end, though, you shouldn’t cut out fish from your diet. Rather, it’s a good idea to be aware of what’s “good” for the season and the area, and what’s not, so you can enjoy fish with the lowest levels of mercury safely.