There are a lot of common conditions and problems that can affect the feet as well as the ankles or calves. Five of these include Bunions, Achilles Tendon injuries, Plantar Fasciitis, Athlete’s Foot, and Tarsal Tunnel Syndrome. If you are suffering from any of these conditions, you will be happy to know that they do not always require surgery. Many of the treatment options can be done at home. However, if the symptoms persist, it is already time for you to consult your physician. So here are the most common foot problems and the popular foot treatments and surgeries associated with them. 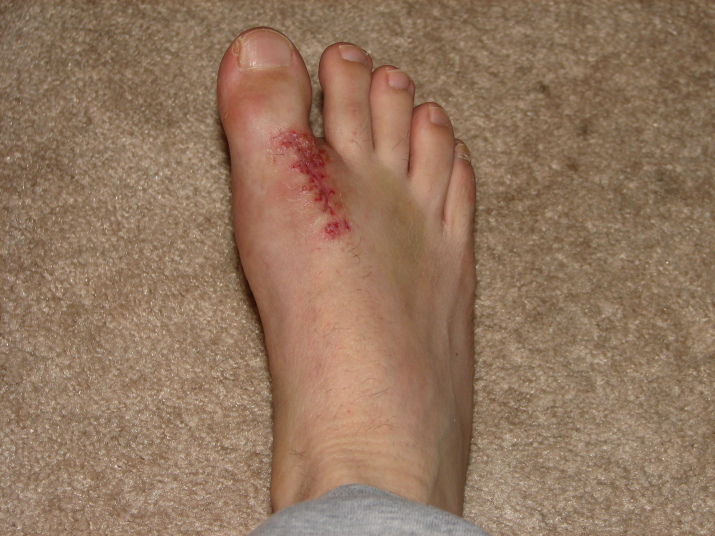 Bunion, or Hallux Valgus, is the term used to refer to painful lumps or swelling affecting the joint found at the base of the big toe. This condition results from the bone, muscles, tissues, or ligaments being moved out of their original locations. Those who are affected by this condition often complain of extreme pain. It can also make the foot appear deformed. Fortunately, there are several popular foot treatments and surgeries for this foot problem.

• Effective Remedies – Most of the treatments for Bunions can be done right at home. However, if the problem persists after these home remedies, a Bunion surgery may already be advocated by the patient’s primary care giver.
o Wearing nice-fitting footwear
o Utilizing non-medicated bunion pads while wearing shoes
o Application of ice on the affected area
o Soaking in foot baths while elevating the feet
o Taking over anti-inflammatory medications
o Ultrasound therapy
o Surgical procedure (osteotomy) that requires breaking the metatarsal or the bone of the toe in order to address the alignment problem that initially caused the formation of the bunion

• Effective Remedies for Achilles Tendonitis and Achilles Tendonis – Since the Achilles Tendonitis and Tendonis are similar to each other, the popular foot treatments and surgeries utilized by patients and doctors are often the same. These include:
o Resting
o Immobilization
o Using shoe inserts
o Appling Ice on the affected area
o Taking anti-inflammatory medications
o Physical therapy
o Cortisone and/or PRP shots
o Surgical procedures that involve removing the tendon’s damage area (debridement), moving or relocating the tendon attachment, and lengthening of the tendon

• Effective Remedies for Torn or Ruptured Achilles Tendon – There are a variety of treatments for this type of foot problem, some are non-surgical, but if the problem is very severe, a surgical procedure is already necessary.
o Bracing or casting the Achilles Tendon for a significant period of time (usually for months)
o Undergoing the surgical procedure known as Achilles Tendon Repair that involves making an incision along the back of the patient’s ankle and placing strong and tying together sutures in both of the tendon’s torn ends
o Rehabilitation after bracing, casting, or surgery for one to two months

Plantar fasciitis is a painful foot condition. Its development results from the inflammation of the tissues that run from the heel to the foot’s arch. It is also worthy of noting that about 70% of people who have developed this condition are also affected by heel spurs. The most common symptom is pain localized over the patient’s heel area, which is found at the bottom of the foot. People who suffer from this problem are those in the middle-age group as well as athletes such as runners. It is often acquired when the connective tissues running from the heel bone all the way to the ball of the foot is irritated. 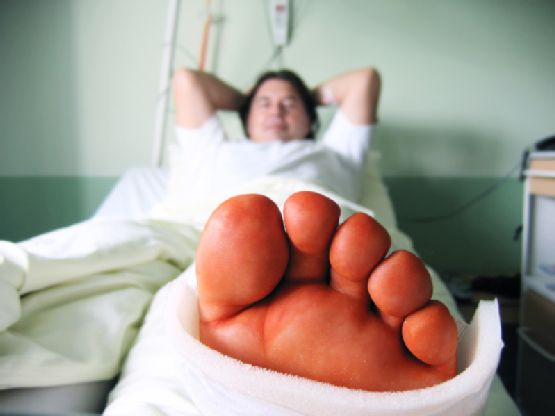 Athlete’s Foot is one of the most common types of foot problems caused by a fungal infection of the skin. The fungus, known as tinea pedis, is often acquired from public environments, such as gyms as well as public showers and swimming pools. The fungus grows in the moist and warm environment of the person’s footwear and if allowed to go on, can be very hard to get rid of. Itching between the toes, blisters, cracked skin, as well as scaling and redness of the affected areas are some of the most common symptoms.

• Effective Remedies – Athlete’s foot can be treated without undergoing a surgical procedure. This can be done by:
o Wearing Proper Footwear in the Locker Room
o Wearing Cotton Socks
o Washing the feet properly and drying them well
o Using over the counter medications for Athlete’s Foot

The Tarsal Tunnel is the space between the foot that is formed by overlying fibrous tissues and bones. It can be found within the posterior tibial nerve. When this particular nerve becomes compressed, it results in the Tarsal Tunnel Syndrome. This condition is very similar, in term of how it develops, to the common wrist problem called Carpal Tunnel Syndrome. Symptoms include a numbing sensation over the bottom area of the foot as well as tingling, pain, and burning over the foot and the heel’s base.
• Effective Remedies – There are many popular foot treatments and surgeries for this particular foot problem. These include the following:
o Using anti inflammatory medications
o Cortisone shots
o Making changes in the type of footwear worn
o Undergoing Tarsal Tunnel Release, a surgical operation that involves making an incision to open the Tarsal Tunnel in order to decrease the pressure on the compressed posterior tibial nerve