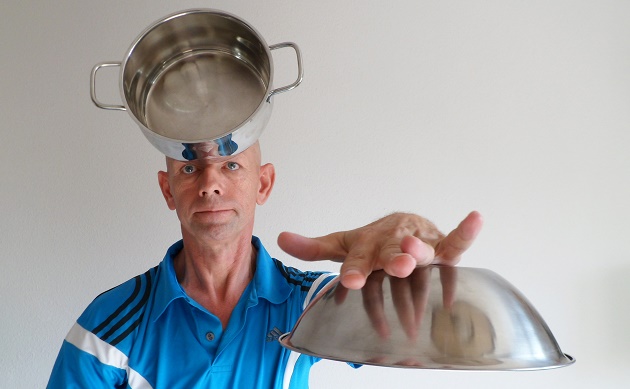 When you hear the word talent, you probably immediately think of people who can sing, dance, or draw. However, did you know that there are more talents out there? Talents are certain abilities that you can do exceptionally, after all. Why should it be limited to those that are well-known? There are so many talented people out there whose talents cannot be incorporated in the entertainment section of the media. Nonetheless, they have exceptional abilities well beyond your own. If you’re curious to know, here are some of the strangest and most unusual talents in the world.

Most people who experience any form of brain damage suffer from it, but there is a small percentage that reaps a benefit in the form of an unusual ability from brain damage. These people are called “acquired savants” and their accident allowed them to have extreme mathematical capabilities.

Orlando Serrell, after a stray ball hit his head during a baseball game, took on his extreme mathematical capability in the form of superb calendar calculations. For instance, he can immediately determine what day it was on a random date such as March 28, 1957 or say how many Mondays there were in 1980. Moreover, Serrell can remember every detail of every day.

Just like his title suggests, Miroslaw Magola can move any metallic object at his will. The Magnetic Man uses the power of psycho kinesis to lift pots in the air, defying the laws of gravity, or to affix them to his body and keep them there. Magola developed the skill on his own using psychic energy and until now, his unusual skill still cannot be explained by conventional science. Although his perplexing skill is verging on paranormal, Magola still insists that he is nothing else but normal.

Any man watching would feel the pain as Yong Hsueh repeatedly received kicks in his crotch when he appeared on the Chinese version of Britain’s Got Talent. Surprisingly, Yong Hsueh himself did not feel the pain. Yong Hsueh is a Shaolin monk and he has been practicing the steel crotch Kong Fu since he was a child. The ability is necessary to lessen their chances of getting incapacitated during a battle.

Gino Martino’s talent revolves around his superhuman ability to smash things or receive blows with his skull. He can break steel bars or baseball bats, or catch a bowling ball dropped from 15 feet with his skull. His extraordinary ability is believed to be a product of his extra-thick skull. His ability gave him the title of “the Human Anvil.”

Writing with your foot is one very hard skill to acquire, but to write with your tears? It’s peculiar. Ru Anting from China is probably the only person who can write calligraphy through water that shoots from his eyes. Ru discovered his talent when, as a child, he swallowed water while swimming in the river and found out that he could shoot it out of his eyes. Ru sucks up water through his nose and shoots it out through his tear ducts into a paper to allow him to write.

Garry Turner suffers from a rare medical condition known as Ehlers-Danlos Syndrome which causes a disorder in the connective tissues of his skin, ligaments, and internal organs. Turner made the best of his condition by showing the world his unusual ability to stretch his skin to up to a length of 15.8 cm (6.25 in). This ability gave him the title “Stretchy Skin Man.”

Tim Cridland can withstand the pain of impaling himself with skewers or swallowing flaming swords or lying down in a bed of nails while being jumped on. Cridland proudly dubbed himself Zamora the Torture King after years of building a career from putting himself through torture.