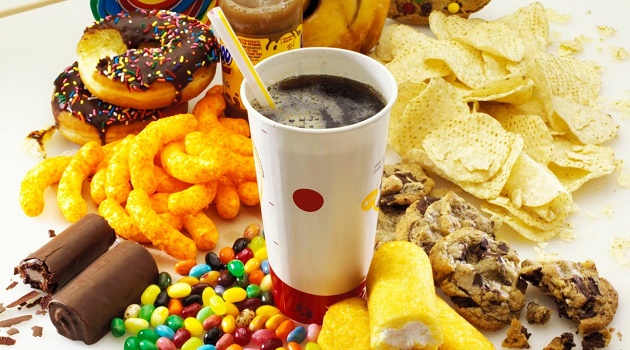 One of the biggest health concerns nowadays is related to cancer. There are many forms of cancer but basically, it is caused by the abnormal and uncontrollable division of cells in a certain part of the body. This then disrupts and interferes with the normal functioning of various body systems which will cause harm to the body and may even lead to death. In fact, cancer accounts for nearly 1 of every 4 deaths in the US. Currently, there is no known cure for cancer. Thus, the best solution is prevention. Since lifestyle is one of the main causes of cancer, you can prevent it by improving your daily life choices. Here are six ways you can prevent cancer.

There is a scientific basis regarding the carcinogenic effect of charred meat. Polycyclic aromatic hydrocarbons can get into charcoal broiled meat and cooking meat at high temperatures will cause heterocyclic amines to form. Both polycyclic aromatic hydrocarbons and heterocyclic amines can increase your risk of developing cancer. Thus, aside from charred meat, processed and well-done meat can have the same effect as well. Cut down on grilled meat if you can. If you do grill, soak the meat for at least an hour before cooking in a marinade with rosemary and thyme so that the spices may reduce the HCAs by up to 87%.

2. Cut out on sugary drinks

Sugary drinks can contribute to a variety of diseases including diabetes, obesity, and cardiovascular disease. Research shows that sugary drinks can even significantly increase your risk of developing endometrial cancer. In a study, women you drank large amounts of sugar-laden beverages were found to have an 87% higher risk of developing endometrial cancer than women who drank less. The effect is likely due to the extra pounds that the drinks add to your body.

It is no hidden fact that smoking leads to various types of cancer, including cancer of the lungs, throat, larynx, mouth, pancreas, bladder, cervix, and kidney. The reason for the cancer-inducing effects of smoking lies behind one of the main components of cigarette—tobacco. Using tobacco in any way significantly increases your risk of cancer. Apart from smoking, chewing tobacco is linked to cancer of the mouth and pancreas. Even secondhand exposure to tobacco, such as inhaling the smoke from nearby cigarette smokers, increases your risk of lung cancer.

In any healthy lifestyle, fluids play an important role. It is necessary to always keep your body hydrated. Although dehydration does not have a direct link to cancer, drinking plenty of fluids reduces your risk of developing bladder cancer by diluting the cancer-causing components in your urine. Moreover, by drinking plenty of fluids, you can flush out these toxins through the bladder faster. Make sure you’re drinking healthy beverages though. Otherwise, you might only be further increasing your risk such as by consumption of sugary drinks. When in doubt, stick to water.

Even if you’re not fond of exercising, simply spending more time standing up than sitting down is enough to reduce your risk for colon and endometrial cancer. Studies show that people who spend most of their day sitting are 24% more likely to develop cancer. Another study shows that people who spend more time in front of the TV had 54% increased risk of colon cancer than those who watched less TV. If your work is mostly spent sitting down, try to get up and walk around for a few minutes every hour. Of course, being physically active is still a better option.

6. Get some vitamin D

Vitamin D is extremely important for the optimal functioning of your body. Studies show that vitamin D deficiency reduces the communication between cells, preventing them from sticking together and allowing cancer cells to spread. Vitamin D is also important for promoting efficient cell maturation and reproduction so that cancer cells would be less likely to form. Since 90% of the vitamin D in your body comes from sunlight, not from food or supplements, try to spend some time outdoors or let the sunlight filter through your home or office.