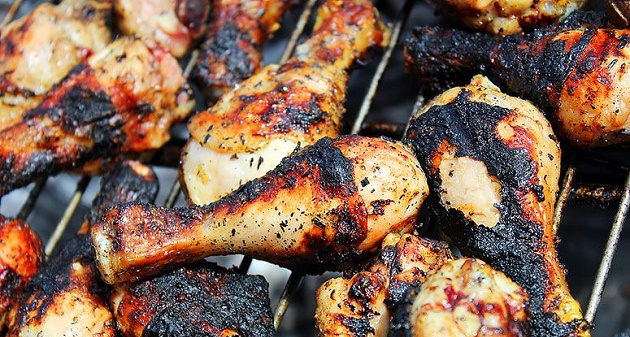 Even if you try to live a healthy lifestyle, coupled with regular exercise and no cigarettes, you might still develop cancer due to carcinogenic agents hidden in your food. These carcinogenic agents are not easy to find and may even still be in your supposedly healthy diet. Here are ten carcinogenic foods that you might want to start avoiding, or at the very least, limit.

Several studies show that there is a higher risk of developing cancer when consuming genetically modified organisms (GMOs). Even though obvious GMO sources are avoided, processed foods that you eat everyday may have still been derived from genetically modified produce. Try to minimize your intake of processed foods and always go for organic, certified GMO-free produce.

2. Products with artificial or fructose-rich sweeteners

These products include sodas, cereals, cookies, cakes, juices, etc. Their carcinogenic effect is due to them being loaded with refined sugars. Consuming large amounts of refined sugars can cause a spike in your blood sugar levels which may also lead to insulin resistance. Because of this, refined sugars tend to feed the growth of cancer cells and are therefore best avoided.

Cooking meat at high temperatures to the point of charring was found to be carcinogenic due to the formation of heterocyclic amines (HCAs) and polycyclic aromatic hydrocarbons (PAHs) in the cooking process. PAHs can also be found in cigarettes and car-exhaust fumes.

Salmon should be rich in omega-3 and other nutrients that are healthy for the body. However, farm-raised salmon are contaminated with pesticides, antibiotics, and chemicals that are carcinogenic when consumed. Their diet also constitutes unnatural ingredients that may cause cancer as well, and their reddish pink meat is not natural anymore but manipulated in such a way. Opt for canned or wild sockeye salmon.

Apart from being rich in refined sugars, cereals contain acrylamide and folic acid which are carcinogenic in high quantities. Acrylamide forms in the manufacturing process of cereals when they’re baked at a high temperature. Folic acid is added into breakfast cereals due to the government’s grain fortification program. Studies show that intake of folic acid highly increases the risk for cancer since it’s easy to overdose on.

Just like cereals, potato chips are carcinogenic due to the acrylamide that forms when it is fried at such a high temperature to make them crispy. Acrylamide is one of the carcinogenic agents that you’ll find in cigarettes. As an alternative, you can replace potato chips with baked potato chips that contain less fat, calories, and no acrylamide.

Apart from being loaded with sugar, sodas are also carcinogenic because of the artificial caramel colouring used in them, specifically of the chemical 4-MI. There is a suggested limit to the amount of the colouring you can consume each day and sodas were found to exceed more than 4 times of this limit. In fact, a 20 oz. soda is found to have 10 times the suggested intake.

Microwave popcorn bag linings may likely be carcinogenic due to the perfluorooctanoic acid (PFOA) in them which contaminates the popcorn and may be consumed. Several studies show that the chemical may encourage the growth of tumours. Not only that but it may cause infertility as well. There is also a diacetyl chemical used in the popcorn itself which may cause lung damage and cancer.

You can reap multiple benefits from alcohol when consumed in small amounts but otherwise, alcohol can cause stroke, heart failure, and cancer. In fact, right after tobacco use, alcohol consumption is the second leading cause of cancer.