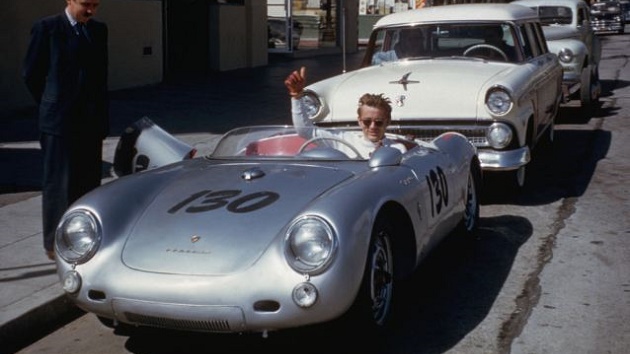 1. The First and Last Man Who Died

Henry Ziegland’s girlfriend killed herself after he broke up with her in 1883. As revenge, the girl’s brother decided to shoot Henry and afterwards, killed himself, thinking he was successful. However, the bullet only grazed Henry and lodged itself on a nearby tree. A couple of years later, Henry decided to cut down the tree. To make the job easier, he used dynamite, causing the bullet in the tree to launch itself and hit Henry in the head, thereby killing him.

A GCSE examination was taken at Argoed High School Flintshire, North Wales by a 15-year old boy in 1990. The boy’s name was James Bond, and coincidentally, his reference number was 007.

James Dean died in a horrible car accident while driving. He was said to have used a Porsche sports car in September 1955 when the incident happened. However, the car’s curse has only just begun.

First, when the automobile got removed from the site of the accident to a garage, the car’s engine shattered the mechanic’s legs when it slipped and fell. Then, a doctor bought the engine later and used it for his racing car. The doctor was killed during a race, along with another racer who had James Dean’s drive shaft fitted onto his car.

Third, the garage where James Dean’s Porsche was repaired later on burned down. Next, as the car was displayed in Sacramento, it fell off its mount and shattered a teenager’s hip. Finally, the car mysteriously broke into 11 pieces in 1959 although it was sitting on steel.

Joseph Figlock was nonchalantly walking down a street in Detroit sometime in the 1930s when he unintentionally broke the fall of a baby from a high window. A year later, the same baby fell from the same window onto Joseph Figlock again. Both survived both events.

Four weeks old identical twins from Ohio were separated when they were adopted by two different families. Both of them were named James. When they met at age 39, the found out that they both divorced women named Linda then married women named Betty. Their sons were named James Alan and James Allan and both had dogs named Toy. Both studied law enforcement and both worked as sheriffs.

Edgar Allan Poe wrote a book called “The Narrative of Arthur Gordon Pym” about four shipwreck survivors who, after many days in an open boat, decided to kill the fourth survivor and cabin boy named Richard Parker for food. A couple of years later, in 1884, the sailboat Mignonette sunk with only four survivors. Yes, they were in an open boat for days, and yes, the three senior members of the crew killed the fourth survivor, a cabin boy also named Richard Parker, for food.

Mark Twain was born and died when Halley’s Comet appeared in 1835 and 1910 respectively.