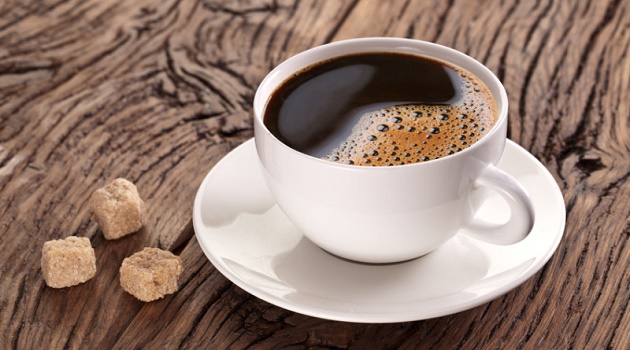 Most people can’t start their morning without a cup of freshly brewed steaming hot coffee, and reasonably so. Coffee can give you the jolt of energy you need to start off your day without feeling groggy or tired especially on days when you lack sleep.

However, anyone who’s tried drinking coffee after an all-nighter may probably have experienced the paradoxical effect of coffee known as caffeine crash. Yes, you still get that energy boost after drinking coffee but hours later, you’ll feel extremely tired, more so than before you drank your coffee, as if the hours of sleepiness masked by the caffeine rush has finally caught on. And you’re actually right.

The caffeine in coffee just temporarily blocks adenosine, the hormone responsible for slowing down brain activity, from binding to their receptors. Caffeine can even induce more adenosine receptors in the long run thereby requiring you more intake of caffeine just to feel awake. And once the caffeine is gone from your system, you’d feel more tired than before your initial cup of coffee.

If you don’t drink your coffee right, you’ll get more negative effects than good. Here’s a guide to help you learn the smart way to drink coffee.

The caffeine in coffee is a vasoconstrictor, which means it compresses blood vessels thereby reducing blood flow while increasing heart rate and blood pressure. Because of this, the delivery of glucose and energy to the brain is slowed down by an average of 27% for daily caffeine drinkers.

Dehydration can also cause lower blood flow and if coupled with coffee, blood flow would be extremely sluggish, keeping the brain from properly functioning and keeping you from staying focused. Caffeine, being a diuretic drug, also makes it hard for the body to hold onto water thereby increasing your need to pee.

Thus, drinking water before your cup of coffee would be advisable in order to replenish your body with water and keep your blood flow up. Drink water after your coffee as well, and throughout the day to keep your brain performance proper.

Your body has an internal clock known as the circadian rhythm which regulates many processes in the body including how sleepy you are throughout the day. This clock is responsible for the release of a hormone known as cortisol which makes you feel awake and alert. Cortisol levels peak during 8-9 am and this is the body’s natural mechanism to wake you up and give you the buzz you need to start your morning, the same way you expect a cup of coffee to.

When you drink coffee or any other caffeinated drink during peak cortisol production, the effect of caffeine greatly diminish. Not only that, but your body builds a greater tolerance to caffeine as well. This means you won’t get the usual jolt of energy from caffeine and you’ll need more to stay awake in the future.

Thus, it would be best to drink your coffee after your cortisol levels have dropped. Aside from 8-9 am, cortisol production peaks at 12-1 pm, and 5:30-6:30 pm. Drinking coffee should be done outside these hours. You can drink coffee at around 9:30-11:30 am in the morning and around 1:30-5 pm in the afternoon. After these hours, drinking coffee is no longer advisable because it could interfere with your sleeping schedule. In fact, a study suggests that drinking coffee six hours before bed could have disruptive effects on your sleep.

Taking a quick nap after drinking coffee is scientifically proven to be the best way to eliminate mid-afternoon drowsiness. This is because caffeine takes around 20 minutes to work, and taking a nap before that clears out adenosine and leaves the adenosine receptors open for caffeine.

Just take a 15-20 minute nap right after your cup of coffee. Make sure not to exceed 20 minutes because once you enter the deeper stages of sleep and fall into sleep inertia, it would be harder for you to wake up. You need to be awake when the caffeine reaches your brain or else you’ll feel more tired and groggy when you wake up.