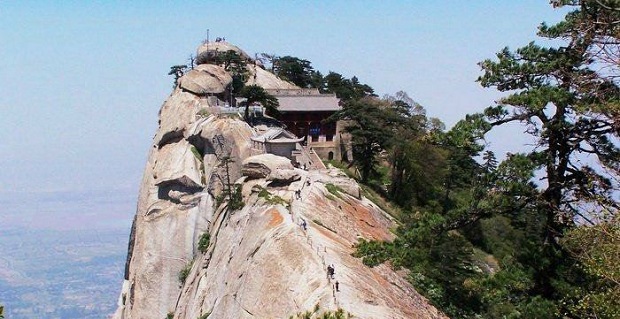 For most people who love tea, perhaps the most dangerous thing they’ve ever done in connection with their favorite drink is to take it without milk or honey. However, there recently is another risky way of drinking your tea and it involves a spine-tingling and finger-numbing adventure before you could drink a cup of it.

Tucked in one of the mountains found in China is a Buddhist and Taoist temple, known for its tea. The Huashan Teahouse is situated at the southern-most peak of Mt. Hua, a sacred mountain in Chinese culture.

The mountain is actually comprised of five peaks each with a temple of its own. The temples came about because of the sacred significance attributed to the mountains. However, out of the five peaks, one has erected the Huashan Teahouse where visitors could witness a tea ceremony that has been part of Chinese culture for centuries.

But while the tea ceremony is an experience itself, perhaps the most attractive part of the journey to the place is the hike towards the mountain. Not only is it considered one of the “most dangerous” hiking trails there is, it also involves numerous trips on planks that would make any hiker come face to face with the mountain’s side and deep ravine and high fall on the other.

To reach the teahouse, one must first take the steps called, “The Heavenly Stairs” leading to the mountain. There is a reason it is called as such because of how steep and high the stairs is. It is estimated to have around 980 plus steps and one look at it could seem pretty daunting. However, what lies ahead sure makes up for the tiring and overwhelming ascent to the mountain. 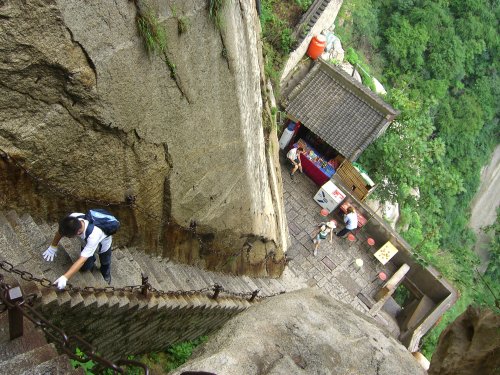 After you climb the stairs, you will see numerous “towns” that have taken advantage of the influx of tourists. It also exists to support the temples that are built on top of the peaks. Though the path is still narrow and steep, it still remains one of the safest parts of the trek towards the teahouse. 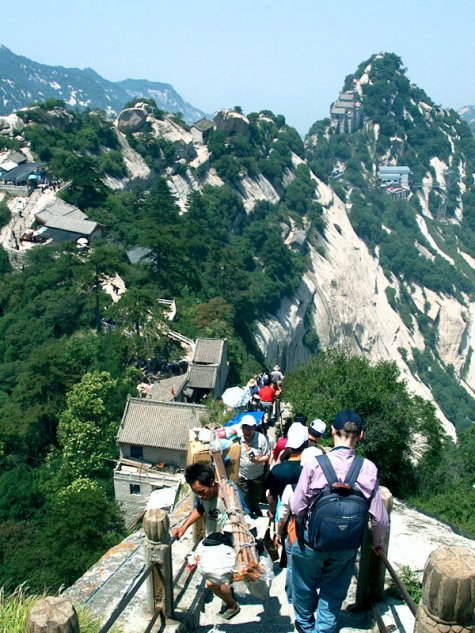 From the towns, one could take a cable car or gondola ride that would take you to the southern peak of the mountains. Once you’re safely on the other side, the path continues for you to trek on. But as you walk, one would notice the path becoming narrow with nothing but wooden planks to walk on to. 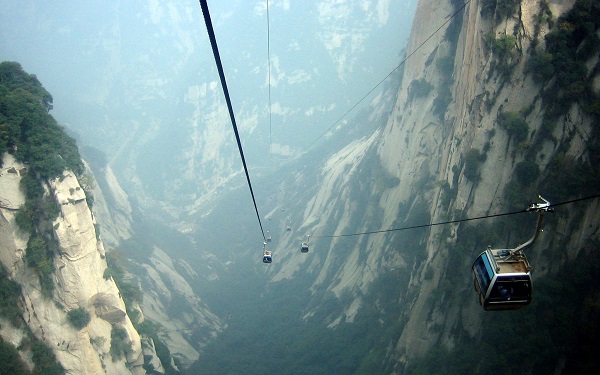 If you’re scared then this might not be suitable for you as one would walk across the plank with only a rail of chains and carabiners to hold on to as one crosses through the wooden plank trail. What makes it doubly thrilling is when one encounters another person passing through. The only way is to back up and find a crevice or landing where one could stay while the other passes by. 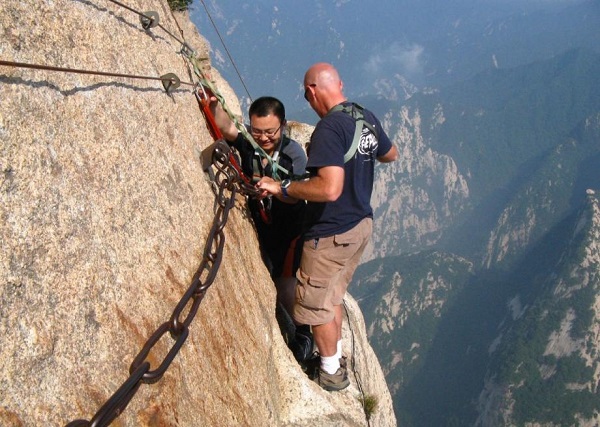 As if to emphasize how dangerous the walk is, there is no safety net to catch you if you happen to slip down and fall. 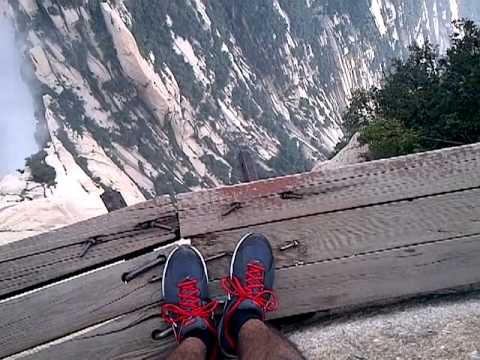 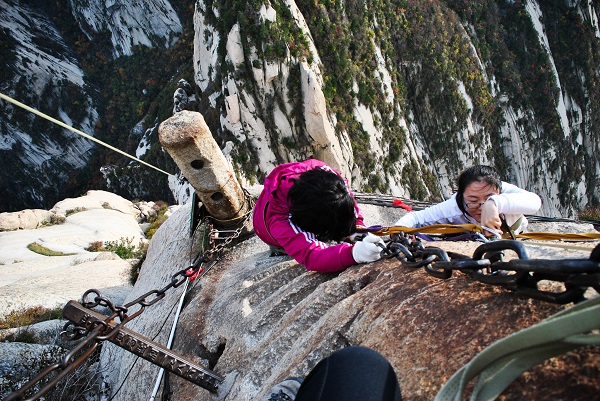 But once you overcome the climbing part of the hike, it’s pretty easy for the next part. Once you reach the top, a narrow walkway traverses the side of the mountain all the way to the peak. The good news is that there are steps carved on the walkway for easier climbing. 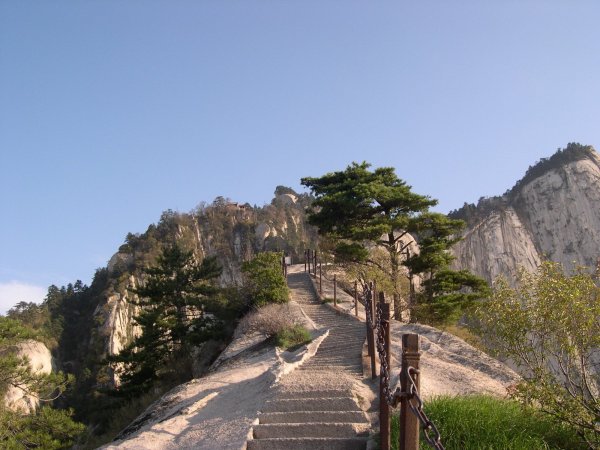 At the peak, one would see a simple structure that used to be a Taoist temple that has since been converted into a teahouse to accommodate the travelers. At this point, one is located at an altitude of 7,087 feet so it’s best to bring some gloves and jacket when hiking this way. 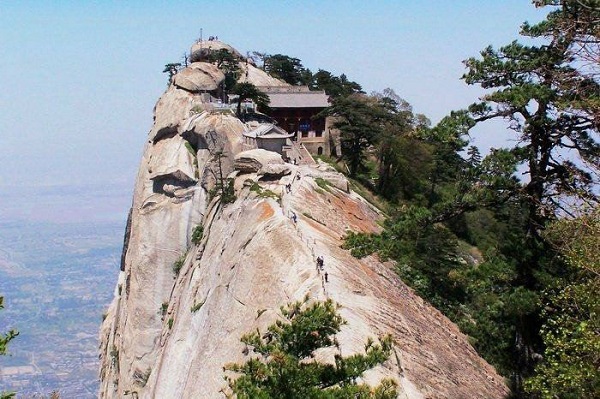