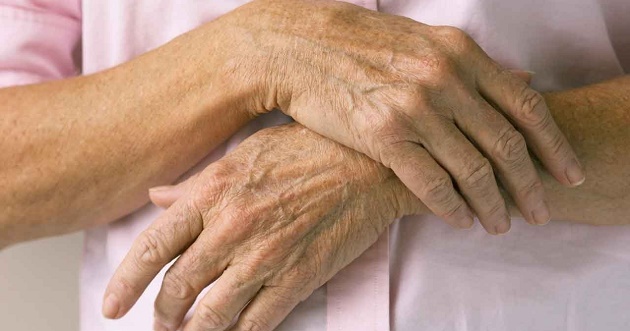 Arthritis is a medical condition where the joint tissues of the body become inflamed. There are several types of arthritis, and each type of arthritis has different causes and symptoms. Although the symptoms of arthritis may be different for each type, they do have one symptom in common: pain. Pain is the number one complaint of individuals suffering from arthritis. In order to ease the pain, doctors will prescribe numerous painkillers and analgesics to their patients. While these drugs are indeed effective, constant use of these medications can lead to several side effects.

Nowadays people have been leaning more towards natural remedies to cure certain ailments. There are several natural pain relief remedies, and people suffering from arthritis can use most of these treatments. Now here comes the big question: do these natural remedies actually work? Can arthritis patients actually find relief in natural herbs and treatments? In this article, we’ll give you the herbs and natural treatments that have been commonly used for decades in order to treat arthritis and relieve pain.

– The therapeutic effects of boswellia is no secret. For thousands of years, people from several corners of the globe have used this plant as an anti-inflammatory. This plant thrives in countries like India and South Africa. Unlike other herbs and treatment that may offer natural pain relief, boswellia has been confirmed by a number of scientific studies to be an effective anti-inflammatory. According to these studies, this plant is capable of inhibiting the immune system from attacking the joint tissues, thus reducing the amount of inflammation and pain. Aside from being a popular natural remedy for arthritis, boswellia is also commonly used for ulcerative colitis, fever, and other gastrointestinal disorders.

– Europeans have used angelica for centuries. This herbal plant is famous for its anti-inflammatory components. Aside from its anti-inflammatory properties, the angelica herbal plant is also a popular herbal remedy that can provide natural pain relief. Just like the burdock root, you can prepare angelica as a tea. To make angelica tea, cut one teaspoon of the angelica root. Boil the chopped root in 1 pint of water in a pot for about 2 minutes. After boiling the angelica root, let it cool down for around 3-5 minutes, or until it is cool enough to drink. Strain the root and enjoy your tea. For the best results, drink angelica tea 3 times a day for 2-3 weeks. After your third week of drinking this tea, take a break for around 7-10 days and then start this treatment once again if you want.

– Flax is an herbal plant that can be commonly found in cooler regions of the world. This plant has several benefits and one of these benefits is its rich Omega-3 content. Just like the other herbal plants that we’ve mentioned earlier, flax seeds work as an excellent anti-inflammatory and pain reliever. You can make a tea from flax seeds by boiling two teaspoons of flax seeds in a pot of water. On the other hand, if you’re suffering from a gastrointestinal disorder like ulcer, it is advised that you take flax oil instead of flax seeds.

– Yes, this is the same plant that you never fail to see in grocery stores and delis. What many people don’t know is that celery can provide natural pain relief to individuals who are afflicted by arthritis. Celery has been used as a popular folk herbal remedy in North America and Europe for years. You can eat the celery either raw or cooked. You can also make your own celery tea by placing a teaspoon of celery seeds in a pot. Pour one cup of water into the pot and let it boil for a few minutes. Let the tea cool down for 15 minutes. Celery tea is one of the most effective natural remedies for acute arthritis attacks.

– One herbal plant that is gaining popularity fast is the turmeric. Aside from being an effective plant that provides natural pain relief, the turmeric also has anti-inflammatory properties. Turmeric is used as a spice in several Asian and Indian cuisines, however in order for you to get the therapeutic effects of this herbal plant, you will need to take turmeric supplements in the form of capsules or tea. Aside from giving natural pain relief to people with arthritis, turmeric is also an herbal plant that is said to prevent cataracts, Alzheimer’s, and cancer.