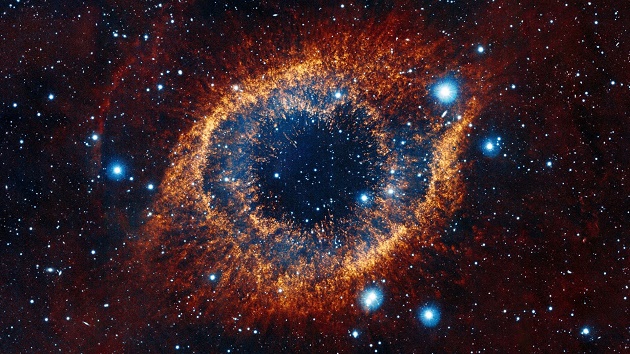 The space remains as a huge mystery to human beings even after centuries of observing it and relying on it for certain aspects like navigation. The vastness of the universe keeps scientists from fully understanding it although throughout the years, more and more discoveries are still being made. Now that technology has developed, the space has become easier to observe and study compared to when technology was still inefficient.

With the aid of technology, discoveries were made—discoveries ranging from amazing and impressive to downright bizarre. Here are some of the most astonishing things discovered in space.

One of the main goals of scientists is to find a planet as habitable as our own wherein life can exist and thrive. Everything about Earth makes it conducive to life and so it was a great discovery when a planet just about the same size of Earth and within a star’s habitable zone was discovered. This planet, dubbed Kepler-186f, is 1.1 times the size of Earth. And since it exists within a star’s habitable zone, it is in a region where liquid water can exist. This planet is, of course, still not exactly the same as Earth but it is pretty close.

If you need a reason to get interested in space, know that, apparently, there’s a cloud of floating alcohol near the center of our galaxy. Sagittarius B2 is an extremely huge cloud about a few million times the mass of our sun which contains tens of billions of liters of alcohol. Not only that but it’s flavoured too! The cloud is filled with molecules called ethyl formate, a chemical that smells like rum and gives raspberries their flavour. Basically, there’s a giant river of floating raspberry-flavoured rum at the center of our galaxy called Sagittarius B2.

Another factor that makes this a great find is that alcohol is an organic compound. If scientists figure out how it formed in space, they’ll be a step closer to figuring out how life was formed.

3. A Planet Made Of Diamond

If you don’t know how a diamond is formed on Earth, it’s by adding pressure and heat on carbon. Carbon is a very versatile element found almost everywhere, even in space such as in stars. In fact, the carbon core in a star is what led to the formation of the planet made of pure diamond. This planet is called PSR J1719-1438 b.

The diamond planet began as a binary star. The larger twin caused a supernova explosion, leaving behind a pulsating star, or pulsar, and a white dwarf. The dwarf stabilized some distance away from its brother, although not far enough, so its matter or mass was lost to its brother’s gravitational pull. It was able to keep its carbon core though so when it was exposed to just the right conditions of pressure and heat in space, the core of the star hardened and crystallized into a planet-sized diamond.

If there’s liquor floating in space, there’s also a huge water reservoir. Technically, it’s not floating, but resides on the center of a quasar near a colossal black hole. Still, it is manifested in the form of a massive cloud of gas hundreds of light years in diameter. The water reservoir contains 140 trillion times the amount of water found on Earth.

5. A Belt Of Potential Life

There is a planet called Gliese 581 c which orbits a red dwarf much smaller than our sun but is far closer to it than we are to ours. Because of this, one side of the planet is always facing the star and one side is always facing away in a state of tidal locking, much like how the moon is with Earth. Because of the tidal locking, the opposite sides of the planet will immediately kill a person in extremely opposite ways. You’ll melt right away if you step on the side facing the sun and you’ll freeze to death instantly if you step on the other.

However, there is a small belt between the two sides that offer a potentially life-friendly haven.