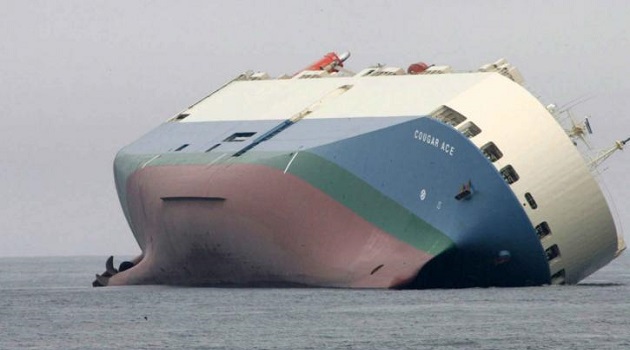 Humans have long been trying to perfect travelling by sea. In ancient times, simple wooden rafts or boats were used to cross short aquatic distances. As knowledge and technology grew, more and more complex methods of aquatic transport have been created. What once were made purely out of wood now travels in huge chunks of metal with mechanisms specially made to prevent the ship from sinking. However, even until today, marine transport is far from perfection. In fact, the estimated number of shipwrecks in varying degrees of decay on the ocean floor all over the world amounts to over three million. Every shipwreck holds a fascinating story hidden beneath the hauntingly beautiful image that these wrecks take on as they decay underwater. Here are four of the most incredible sunken ships on earth. 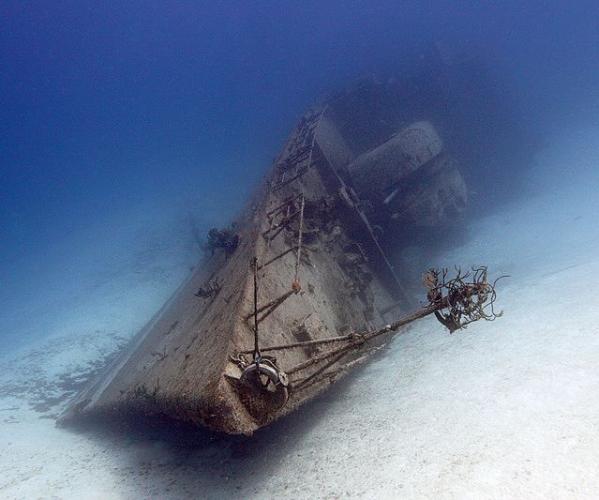 Found 150 miles south of Cuba, in the waters of Cayman Brac, 40-90 feet below the surface, a spectral sunken ship that has split in two hauntingly rests at the bottom of the ocean floor. Frigate 356 was built by the Soviets in the early 1980s, during the dying stages of the Cold War, and was transferred to the Cuban Navy. Frigate 356 was being prepared for service when the USSR collapsed so it sat as scrap for 10 years before the warship was bought by the Cayman government and scuttled as a dive wreck. On the seabed, the ship initially settled overhanging The Wall, a 6,000 foot undersea cliff, but after a barrage of storms and waves over the years, the ship gradually moved back 100 feet away from the precipice. 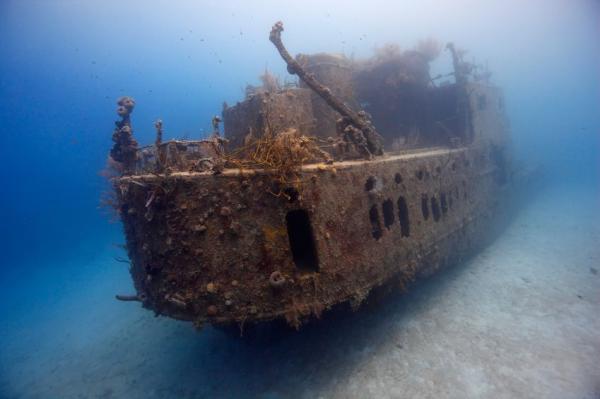 The island freighter known as Prince Albert was originally used by Nicaraguans to take refugees that were fleeing from their war-torn country to the largest of the Honduras Bay islands, Roatán. But as the 140-foot tanker was docked in the harbour, it was stripped of its spoils and abandoned while partially submerged in water. This was when the owner of the Coco View Resort in Honduras, Bill Evans, saw an opportunity to turn the old vessel into a diving wreck for his guests. In 1987, Prince Albert was intentionally sunk after a mishap that left a shrimp boat stranded and severely damaged on a reef as it was towing the ship to rougher seas. At last, the Nicaraguan ship was sunk and is now utilized for recreational scuba diving. 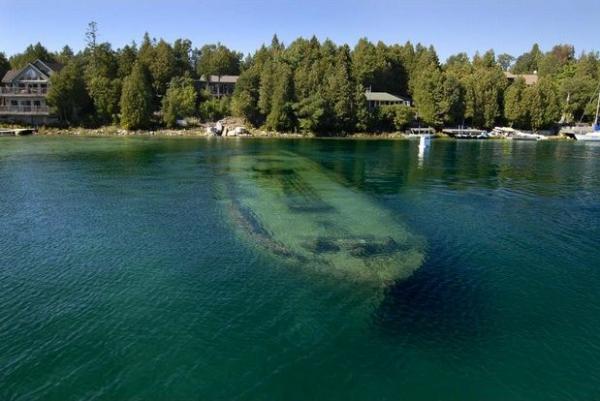 Only 20 feet underwater, the remains of the 119-foot Canadian schooner known as Sweepstakes can still be seen from the surface of Tobermory. The ship was built in 1867 and was originally used to transport coal. After 18 years of service, in August 1885, Sweepstakes was damaged near Cove Island and was towed by a tugboat to Big Tub Harbor in Fathom Five National Marine Park. Unfortunately, the damage was not repaired quickly enough so the ship sank in the harbour by September of the same year. Currently, the marine park is actively working with repairs to keep the deck of the Sweepstakes from collapsing. The Sweepstakes is considered as one of the best preserved 19th century Great Lake schooners.

USS Utah had witnessed and participated in the well-known attack on Pearl Harbor that took place on December 7, 1941. The Florida-class battleship was launched in 1909 and served in World War I before it was converted into a target ship and later rearmed and refitted for training purposes. But even that could not stop the torpedo fired as a part of the Japanese attack that sunk the 521-foot long vessel in minutes. USS Utah had a large complement of crew on board when the attack happened, killing 6 officers and 52 men. Of those, 54 are still in the rusting, half-submerged hulk that will indefinitely serve as their burial site. The shipwreck is not accessible to the public and the memorial erected on nearby Ford Island can only be visited under special circumstances.