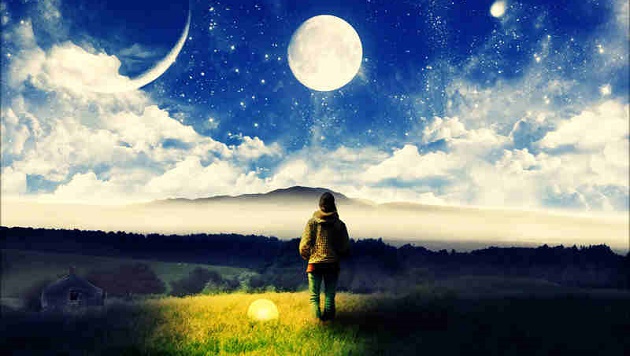 Perhaps one of the most peculiar things about most living beings is their ability to dream.

Generations ago, dreams have been interpreted as omens or messages from the gods.

Today, dreams can be explained scientifically but is still not fully understandable in depth.

From terrifying nightmares to idealistic dreams, dreams have been a source of fascination for many. Some people even ventured the path onto controlling their own dreams while others settled with just finding the meaning behind them. Dreaming is sufficient evidence to prove that the brain remains largely active throughout the night even if you’re unconscious. Although most dreams are forgotten by the time you wake up, there are those that linger long enough in your conscious mind. If you want to make dreaming even more fascinating for you, here are twelve facts about dreaming that will surely blow your mind.

1. Some people dream in colour while some dream in monochrome.

2. You lose the ability to read or tell the time when you’re dreaming.

You’ll find that in dreams, words are incoherent and clocks tell a different time each time you look at them or the clock hands won’t be moving at all.

People who were not born blind dream about the images they’ve seen while blind people dream just as vividly. However, they dream with their other senses such as smell, sound, touch, etc., instead of dreaming images.

4. You dream at an average of 2-3 hours in a night but forget about 90% of your dream in the first minute of waking up.

In those 2-3 hours, you may have already dreamed 3 to 7 times, not just once, but you’ll just forget about them anyway.

You don’t really dream so much about brushing your teeth, do you?

6. You can be conscious in your dreams.

7. Most people dream every 90 minutes.

Your longest dream while sleeping, about 30-45 minutes, will most probably occur in the morning.

And there are even cases wherein the event that happens in real life occurred in the exact same way they dreamed about it. Some of the most famous premonition dreams include Mark Twain’s dream about his brother’s death, 9/11 victims dreamt warnings about an upcoming catastrophe, and Abraham Lincoln’s dream about his own assassination three days prior.

9. Babies don’t dream about themselves.

Toddlers usually start dreaming about themselves when they’re around 3-4 years old.

10. You’ve seen every face in your dream in real life.

The brain can’t actually generate a new face. Even if you dreamt about a complete stranger, you’ve stumbled across that face somewhere while you’re conscious. It could’ve been a person on the background of a TV broadcast or a person you passed by on the street. You don’t remember the face consciously especially if you just saw it with your peripheral view, but your brain remembers it and shows it to you when you sleep.

11. Your dreams are filled with symbols.

More often than not, your dreams show you symbols of your stress or fears or joy in your waking life. Even the strangest or scariest dream is symbolic of something else.

Sleep paralysis is a state of feeling an evil presence in the room while having an inability to move. Sleep paralysis sufferers show an overwhelming amygdala activity, which is responsible for the fight or flight instinct, thereby increasing feelings of terror and anxiety.